skip to main | skip to sidebar


Rare opportunity to marvel at the legendary ALBERT LEE - one of world's greatest guitarists - here in the North-East of England.
Tickets are available NOW from Big JimTait on 0191 3720311 or email: jim@attention.eclipse.co.uk 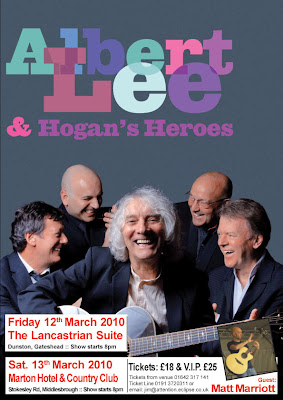 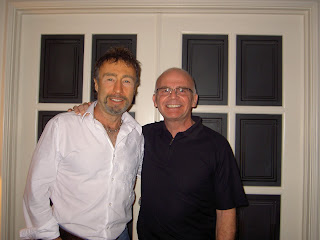 I received an email from Colin Bradley, in Toronto, the other day (pictured above with Paul Rodgers)
Colin was a founder member of the Road Runners - a very successful local group during the early Sixties - who hailed from Middlesbrough.


What I had not realised, until Colin contacted me, was just how influential some of the members later became on the the UK rock and pop scene.


Two of the founder members were Paul Rodgers and Micky Moody.


Paul, who started out as the Road Runner's bass player, was an original member of FREE and has enjoyed a 40 year career culminating most recently with his fronting of QUEEN.


Micky Moody eventually found success working with John McCoy's Tramline, Juicy Lucy, a series of side-man gigs with people like Gene Pitney and others, and in later years was a founding member of the hugely successful White Snake along with another son of Teesside, David Coverdale.


Bruce Thomas, who took over the role of bass player when Paul became the main vocalist and front man,  ended up playing with the Sutherland Brothers & Quiver before beginning a long association with Elvis Costello and the Attractions. He is also an inductee in the Rock and  Roll Hall of Fame and a published author and expert on the career of martial arts icon Bruce Lee.


Not bad for a bunch of local lads Eh?
Read Colin's full account and pictures here
Posted by v60slive at 07:07 No comments: Links to this post

It is with great sadness that we have heard of the death of Mervyn Forse, on Saturday 13th June 2009

In the early Sixties Mervyn played bass in the popular local group the Del 5, and was later to be the driving force behind White Sound Amplification.

The Del 5 pictured in happier days - Mervyn is second from the right. 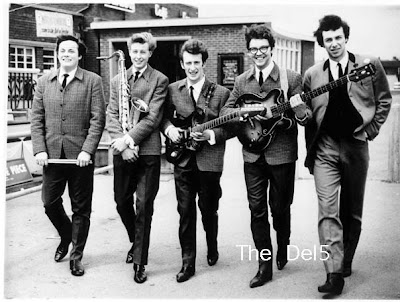 But I'm not downhearted.
Posted by v60slive at 05:54 No comments: Links to this post

The pics for the first club night are to be found on the new web site which is here:

http://60sliveatthevic.co.uk/photogallery.aspx
Posted by v60slive at 11:10 No comments: Links to this post

Check back regularly for all the News and Gossip including the latest pics and video clips
Posted by v60slive at 16:25 No comments: Links to this post 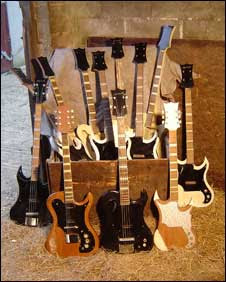 The guitars were made during 1958-9 by Jim Burns and Alan Wootton
A collection of rare British-made electric guitars has been discovered in the basement of a house in Cheltenham.

The Supersound instruments came out of a brief partnership between Jim Burns and Alan Wootton during 1958 and 1959.

Guy Mackenzie from West Cornwall, who bought the guitars, described them as "the holy grail" of his collection.

"I don't actually play," he said "but I just love them in the same way that people collect old paintings even though they can't paint."

Mr Mackenzie heard about the find from a friend who knew he collected "weird and unusual" guitars.

"As soon as I tracked down these ultra-rare instruments - apparently some of the very first made by UK legend Jim Burns - I just had to meet the owner," he said.

They comprise an important, but hitherto virtually unknown chapter in UK guitar-making history

Guitar expert Paul Day
"I discovered he'd bought them from Alan Wootton's son several years ago and had kept them virtually untouched ever since."

Jim Burns' guitars have been played by pop groups and stars including The Shadows, The Searchers, Slade and Queen's Brian May.

"Musicians who play them now include Andy Bell of Oasis, Franz Ferdinand, Kaiser Chiefs and The Kooks," said Mr Mackenzie.

Paul Day, guitar expert and author of "The Burns Book" on Jim Burns and his guitars said: "In nearly 50 years of playing, working on and writing about the electric guitar, this is the first time I have actually seen one Supersound instrument, let alone 12.

"These are among the earliest electric guitars and basses from any British builder and therefore comprise an important, but hitherto virtually unknown chapter in UK guitar-making history."
Posted by v60slive at 16:21 No comments: Links to this post

Blog of the Week Award